The passage of the 19th Amendment to the U.S. Constitution in 1920 granted (some) women the right to vote. The 19th Amendment marked the culmination of a decades-long struggle to enfranchise women and redefine the political landscape.

But like much of U.S. history, the issue is complex and nuanced. Although the 19th Amendment was a milestone for women’s equality, millions of women of color still faced significant obstacles to voting until the 1960s. Even today, that struggle continues in some areas. The complicated legacy of the 19th Amendment, including racism within the suffrage movement, demands that we teach this history and create spaces for students to construct new and broader visions of gender equality and voting rights.

We’ve gathered some tips and resources that we hope will help you teach this complicated and important chapter in history.

The Great Schism: From their onsets, suffragists and abolitionists shared many of the same values, so what caused the movements to split apart? (The Atlantic)

Millions of women voted this election. They have the Iroquois to thank (Washington Post)

The ‘Undesirable Militants’ Behind the Nineteenth Amendment (The Atlantic)

The Imperfect, Unfinished Work of Women’s Suffrage (The New Yorker)

Do you have any tips for teaching about women’s history? Write a blog for XQ! We’d love to hear your stories. 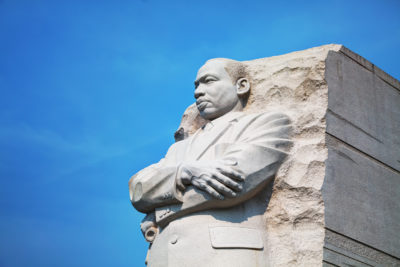 Today, more than six decades after Brown v Board, and more than fifty years after Dr. King's assassination, educational equality in America still falls short of his vision for the future.

This New Orleans high school is taking a hands-on approach to learning about climate change, and how it’s affecting their local community. It's been over 100 years since the 19th amendment was passed, which gives women the right to vote. What's changed between now and then?