OUR SUPER SCHOOL TEACHERS SHARED SOME OF THEIR FAVORITE BOOKS TO TEACH THEIR LANGUAGE ARTS CLASSES.

In celebration of Read A Book Day, we’re sharing 4 titles as selected by XQ Super School teachers. They were chosen not only for their readability and appeal to high school students, but they also satisfy standards while taking on tough subjects like slavery in America, political strife abroad, the story that helped usher in the concept of “Kafkaesque, ” and the big questions people face over the course of their lives. In fact, you may find yourself revisiting them one by one–we know we did.

1. The Illustrated Man by Ray Bradbury

“Wouldn’t it be fine if we could prove things with our mind, and know for certain that things are always in their place. I’d like to know what a place is like when I’m not there. I’d like to be sure.

I know there will be a ton of newer books that deal with identity and cultural issues head-on, which I think is awesome, but I wanted to go to bat for a classic piece of literary fiction that cleverly inspects the human condition.

This book is about a man whose tattoos tell stories…figuratively and literally. The Illustrated Man has 18 tattoos that coincide with a short story that explores the depths of humanity—salvation, fear, curiosity, growth, etc.—in nuanced ways that speak to both American nostalgia and a future of uncertainty due to society’s decisions.

We’re in a very similar situation today in our country, which is why this book from 1948 still feels relevant. Today’s teens hear a history of their parents’ and grandparents’ generational greatness but see a culture around them of conflict and confusion. Maybe we can learn from the stories we see in those tattoos, as long as we don’t look too long.”

2. Narrative of the Life of Frederick Douglass

Impassioned and decisive, Frederick Douglass’s memoir was an influential and instructive document, serving to influence the abolitionist movement. An essential history of a towering public figure whose commitment to “agitating the American conscience” continues to resonate in our fraught political climate.

“[This book] allows kids to learn history, read a powerful story, and better understand the world around them. My students expressed a connection and admiration for the author and his bravery. They were very engaged and encouraged by his story. They also told me it helped them have a better understanding of slavery.”

Set against the backdrop of the Islamic Revolution in Iran and viewed through the lens of its preadolescent narrator, Persepolis weaves generational upheaval with the confusion of growing up in a time of chaos. Dynamic, realistic, and elevated by its illustrations, Persepolis is a riveting story that captures the full spectrum of the human experience page after page.

“[Student] Deion Jordan chose this book for our humanities block to complement our then-project centered around immigration and migration. The book follows the author’s struggle to survive and cope while growing up in Iran during and after the Islamic Revolution. Students are drawn to the themes of struggle and triumph over adversity presented within a truly historical context. It’s a graphic novel which 21st-century students love because they tend to be drawn to visual stimuli that can help them process complex topics like political turmoil and mass migration. Perfect for any social studies or English classroom.”

There’s good reason Kafka’s Metamorphosis continues to horrify and delight readers more than a century after its publication. Off-kilter yet mundane, exacting yet dreamlike, the world of Gregor Samsa-its environment and the people who populate it–is instantly recognizable, and for that reason, is all the more shocking.

I Can Do That: How to Start a Career in Poetry We asked educators from across the country to share their favorite books for National Author's Day. Here are some books to add to your reading list.

America’s history is complex, contradictory, confusing, and often quite ugly. However, we choose to teach a simplified, incomplete, and whitewashed version to our young people and throughout higher education. It’s time to change that. 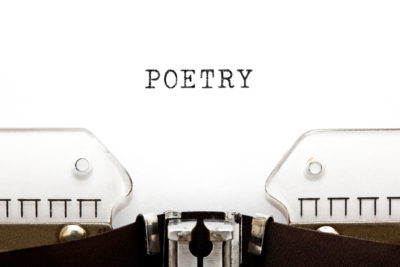 I Can Do That: How to Start a Career in Poetry

We met a poetry teacher who shared his path to his career today. Find out how you can follow in his footsteps.