Last year, the world saw and heard student voice rise to unprecedented heights. From marches attended by millions of young people to stories shared across social media, students of all ages have proven that they’re incredible storytellers, organizers, and activists. Yet, it’s an undeniable and unfortunate reality that not all young people feel that they’re voices are heard, which only serves to hinder access to participation and engagement with civic activities. The following piece by our friends at Generation Citizen explores why some students feel left out while providing actionable strategies to help them overcome the barriers that are in their way.

We need to combat the notion that youth activism is for the privileged.

Around the world, we are celebrating the young people who are stepping up and advocating for the world they want to live in. From Greta Thunberg to Mari Copeny, eyes are on young people. And while this recent resurgence of youth activism is encouraging and inspires optimism for our collective future, it is critical to point out that if we want a better democracy, we need all young people, not just those with privilege, to be prepared for this kind of advocacy.

Civics education is sorely lacking in our schools—it’s taught less frequently, in lower quality, and in a less relevant way to students from communities of color, low-income communities, and rural ones. It has been deprioritized compared to other subjects, underfunded, and when it is taught, it is frequently tailored to the experiences of white, middle-class students. So, how can we engage and support all young people to participate and guarantee a truly representative future in which all individuals and communities have their priorities reflected and their needs met by government? We can start by asking them directly and listening. At Generation Citizen, we surveyed existing youth research and engaged in extensive conversations with over two dozen youth from some of America’s historically underserved communities to collect insights on their needs, aspirations and lived experiences—here is some of what we gathered.

Young people care deeply about many important social issues and don’t identify as “political.” They talk about critical issues like income inequality, access to healthcare, and police brutality and understand how deeply they affect their communities and, in some cases, their lives. They want to engage and take action to address these issues yet many do not interpret them as being political ones. Rather, the notion of politics resonates more as a system of oppression than an avenue for change, responsible for many of the issues they care about and the inequities they see around them. Young people in urban centers mentioned the lack of attention their government representatives are paying to the poor state of the buildings and streets in their neighborhoods. A number of young people across the country pointed to the current administration as driving fear for their families’ and neighbors’ security in the U.S.

Young people don’t always feel heard and respected by adults. We already knew that young people have meaningful opinions, experiences, and expertise to offer with the world. But we learned that many don’t have the space to share those opinions: the rooms they’re in are crowded with voices that are louder than their own and worse—they aren’t asked by adults, suggesting their views aren’t valued. “We all have ideas how things could be better in our school. We’re just waiting for someone to ask us. No one ever asks our opinion,” said one high school senior in Denver, Colorado. “Only my friends take me seriously.” On the flip side, when adults show they care, it is noticed, remembered, and impactful.

Young people want to vote. Their motivations range from the opportunity for expression, to a responsibility they have to uphold, but “yes” is the popular answer to the question “do you plan to vote?” Those affirmative responses, however, are often followed by questions like, “I have to register? What does that mean?” and “What are the roles and who are these people?” suggesting that it may take more to get them to the ballot box when they are ready.

These insights have generated dozens of ideas for how schools and educators might be able to better support young people from historically underserved communities to build, believe in, and activate their civic power. These ideas include:

Young people are attuned to the limitations of their schools and frustrated by conditions that don’t value their agency, power, or potential. They often feel excluded from the narratives that are taught to them in the classroom. But when things are different – when they feel heard, cared about, and seen in what is being taught, they take note. It is time for America to rethink how we are preparing our young people for the advocacy and action necessary to improve their communities and the world.

We need to start prioritizing effective civics education in schools and to ensure that all students—not only those that are the most privileged—have opportunities to tell their stories, to see the relevance of what they’re learning, and to practice wielding influence. We need to listen to young people, especially those from historically underserved communities, to find ways to engage them that actually work. The expectations of civic leadership should not be reserved for those who come from communities that have historically had the most power and influence over our democracy, but rather prioritized for those who haven’t as we work towards a truly better and more representative future.

A version of this op-ed was originally posted on Thrive Global.

5 Resources to Address Racial and Systemic Inequities in Education

The Importance of Civics Education in this National Moment 5 Resources to Address Racial and Systemic Inequities in Education

Systemic racism exists in our education system. Here are resources for educators to abolish inequities to help every student succeed. Systemic racism exists in our education system. Here are resources for educators to abolish inequities to help every student succeed.

The Importance of Civics Education in this National Moment 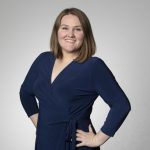