At XQ, we want all high school students to graduate ready to succeed in college and career, feeling confident they can make a difference. We call them XQ Learners—students who have met our five learner outcomes grounded in research: mastering fundamental literacies; becoming holders of foundational knowledge; original thinkers for an uncertain world; generous collaborators; and learners for life.

Bailey Tyree, a 2021 graduate of the XQ school Elizabethton High School in Tennessee, is one example of an XQ Learner. Here, she writes about an assignment that changed her life—and also proved she could change someone else’s life.

My first assignment for my sophomore year at Elizabethton High School sounded impossible. It was August of 2018, and after watching a video on wrongful convictions, our sociology teacher Alex Campbell gave this directive: “Over the course of this semester, we will be working toward getting an unfairly convicted person out of prison.”

We thought he had to be joking: he actually expected a random group of high school students to do something so big? The video Mr. Campbell showed us was also surprising to me because until then, I had always believed the justice system didn’t make mistakes and that someone sentenced to prison deserved that punishment. It didn’t take long to realize that Mr. Campbell wasn’t joking. He fully expected us to do everything in our power to have someone released from prison, and he was confident that with enough hard work and dedication, anything was possible. We could never have anticipated how right he was.

Over the next few weeks, my sociology class combed through hundreds of cases that we hand-picked to find one that really pulled at our hearts. After narrowing them down, the class decided upon a lady 2,000 miles away who we felt was wrongfully imprisoned for over two decades: Suzanne Johnson. She was supported by the California Innocence Project—an organization that works to free the innocent and prevent wrongful convictions.

The initial information we had was that Johnson was convicted of the intentional murder of a six-month-old child, but there was a lot more to the story. She was a licensed childcare professional who ran a daycare center from her home. She had many years of experience and a large clientele of parents who absolutely loved her. On June 24, 1997, she claimed she placed a baby girl in her high chair, which accidentally tipped over—causing the baby to hit her head. She said she quickly assessed the situation and didn’t see any injuries. But, a few hours later, the child began vomiting and eventually went limp. Johnson immediately called 911, and the child was taken to a hospital, where she eventually passed away. The prosecution accused Johnson of child abuse and Shaken Baby Syndrome.

In class, we worked closely with one another to learn the details of her trial, including the main arguments by the defense and the prosecution. We were all still extremely skeptical of our abilities and felt like we were working more towards our grades rather than helping this woman get out of prison. But that changed one morning when Mr. Campbell arranged a video call with several of Johnson’s family members. As we met her brother, children, in-laws, and grandchildren, we could feel their pain and knew that we would put everything we had into helping this family. We also realized our efforts were worth more than a grade—this was about someone’s life.

As a class, we uncovered mountains of new information that pointed to Johnson’s innocence. We enlisted the help of our school’s medical therapeutics class to help us understand the biology and forensics of the case. For example, we made a huge discovery that cast doubt on the prosecution’s case. They had argued that retinal hemorrhaging, the injury the infant endured, could only occur following child abuse. But we learned that this hemorrhaging often occurs after short falls, like from a high chair.

We couldn’t speak to Johnson, but we wrote letters to her about our class project. We sent a packet of information to then California Governor Jerry Brown, containing all of our research about the changing science, the deficiencies of Johnson’s legal defense, and her impeccable record throughout her many years working in childcare. We followed up with daily letters, calls, and emails. We also developed a social media campaign to help others learn more about her story.

By now, our class really believed we could help get someone out of prison who was there unjustly—and that made the work even harder. The time was ticking on Johnson’s life. Then, in January of 2019, Governor Brown left office with no relief for Johnson. It was really discouraging. But even more importantly, we felt like we had failed Johnson and her family. What had Mr. Campbell gotten us into? 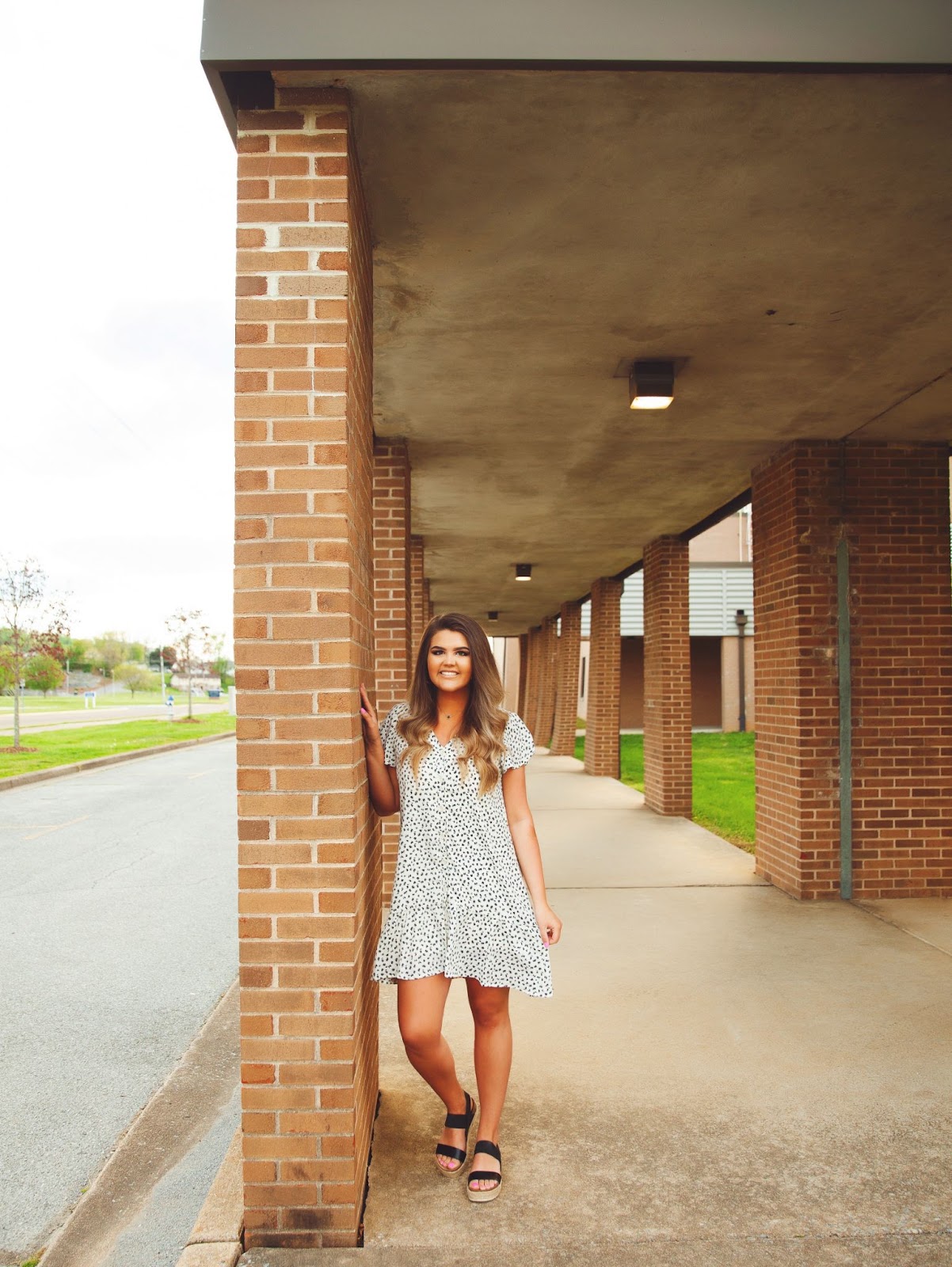 During the coronavirus pandemic, California Governor Gavin Newsom decided to relieve prison overcrowding by reevaluating some cases and granting pardons. In March of 2020, we received the exciting news that Johnson had received clemency after serving 23 years of her life sentence and would soon be released. Maybe all of our hard work actually paid off? This innocent woman would no longer have to suffer the consequences for a crime that we believed she did not commit. The feeling of helping someone in need far exceeded any good grade.

Shortly after her release, Johnson requested a virtual meeting with the students who worked on her behalf. She seemed like a sweet, genuine person who refused to let years in prison from an unjust sentence harden her heart. I thought that would be the last time I spoke with her, but that was just another area about this project where I turned out to be wrong.

In June of 2022, my former classmates and I received the surprise that Johnson was traveling east and decided to make a stop in our little town in East Tennessee to thank us face to face for all of our hard work. Many of us had graduated already, and I had just completed my freshman year of college. We were so nervous as we waited for her to arrive, because my classmates and I wanted this moment to be special. She traveled such a long way, and at almost 80 years old she could have easily decided it would be easier to stay in her home state.

Johnson was one of the kindest and most personable people I have ever met. She said there was no way to describe the feeling of having strangers believe in her while the criminal justice system had condemned her. She really made us feel like we had done something huge, and she was right. This person who had been a prisoner was now sitting in front of me, talking and hugging my neck. I instantly felt a personal connection with Suzanne (she insisted that we no longer call her Ms. Johnson). I felt like I had known her all my life.

Throughout this experience, I learned so many lessons that would not have been possible in a normal class setting. I learned that life and freedom is a gift that can be taken in a moment. Suzanne lost so much in the decades she was imprisoned, and her story opened my eyes to appreciate every second of my own life. Finally, I learned that you do not have to be the best or the smartest in the room to create change, and that is a lesson that I will carry with me forever.

I am now a sophomore at East Tennessee State University studying political science. After earning a bachelor’s degree, I plan to continue my education to become a lawyer. My interest in the justice system began and grew during my high school sociology class, and has inspired me to do what I love most. Looking back on it, I am so glad I was able to help Suzanne, but in many ways I realize that she helped me, too. The rest of her life is going to be full of possibilities, freedom, and opportunities she never could have dreamed of just a couple of years ago; And, because of this one class project, so will mine. Want to build community in your classroom? Here are 5 resources to strengthen relationships in your school. Enter a classroom at Purdue Polytechnic High School—an XQ school in Indianapolis, IN—at the start of the school day, and you might initially have trouble locating the teacher.  Instead… The emergence of COVID-19 variants is impacting schools working through exactly how to spend the federal Elementary and Secondary School Emergency Relief (ESSER) stimulus funds. On the one hand, these…